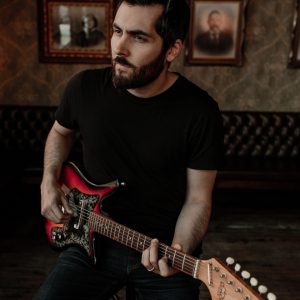 “The guitar is the tool to get the music out. Always serve the song first. Otherwise you’re just playing an instrument.”

These words, from internationally renowned guitarist and singer songwriter, are the ethos on which Ariel Posen has built his career. Although born in Winnipeg, Posen spent the majority of his formative years on the road, traveling with his musician parents. He began playing guitar at 9 years old, kicking off a career that eventually found him travelling the globe doing shows as a member of the Juno Award winning, roots-rock band The Bros. Landreth. Several years later, Posen began crafting an album of his own in the same studio his parents once recorded their music. The result was the long-awaited debut album, How Long – a roots album peppered with a hint of the blues that is able to transform into a mix between R&B and melodic rock and roll.