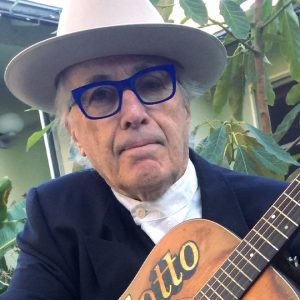 One the finest guitarists of his generation, ‘Ry Cooder’ attracts a following that cuts across most known boundaries.

He has been named one of the most iconic guitar players of all time and it’s of little wonder why. The American singer songwriter has used his eclectic style to cut across multiple musical genres from blues to rock, jazz to world music. He has performed with artists such as Eric Clapton, Neil Young, The Rolling Stones and The Doobie Brothers among many others. His skill as a musician and composer translated into his scoring multiple film soundtracks including: Paris, Texas; Southern Comfort; Last Man Standing and Crossroads.  After recording solo albums since 1970, Cooder became synonymous with Cuban music since he produced the hit CD, Buena Vista Social Club. The album sparked massive interest in Cuban music across the globe and put Ry in the spotlight. Since then he has released numerous critically acclaimed albums with his most recent being The Prodigal Son, that was released worldwide in May 2018 on Fantasy Records.  The summer of 2018 got him back on the road with his own band (featuring his son Joachim on drums), for the first time since 2009. Today Ry is regarded as one of the top musicians of his generation and has earned equal respect in his role as a producer.